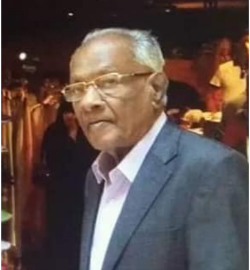 D. Arnold was born to Devasahayam and Jessica of Mayavaram at Maymyo, a hill station during the year 1932. He did not study much between the year 1932 and 1948 due to the disturbances caused by the second world war. Arnold spent time with his sick father who was visiting India intermittently until the year 1942. He remembers the times when Burma was under Japanese occupation. It was a time when the people in Burma had to suffer a lot for the schools, place of worship, infrastructure and business had to come to grinding halt. The wealth of the people lost its value and the properties were full of blisters caused as an effect of aerial bombardment. The rich became poor and Arnold’s father Devasahayam lost his huge house and had to serve as a peon. Earlier he had been the head of a Government School in Burma. However Devas, the older brother of Arnold had studied in a good school and had learnt Japanese for sometime. He had stood first in his category in Burma and became an interpreter for the secret police. He helped the authorities to learn the military secrets from the prisoners of war.

The Indian National Army (INA) entered the scene under Subash Chandra Bose in Burma at the time of the second world war. All the Indian prisoners of wat and people of Indian origin were inducted into the INA. Arnold remembers seeing Bose addressing a conference while serving as a boy volunteer under the great man. The INA volunteer remembers the heroic approach of Bose with regard to clean toilets and hygiene. He remembers Bose using the works “Delhi Chalo” amidst a huge crowd in Burma. According to Arnold, Captain Lakshmi Sahgal would never allow indiscipline or the use of bad language among the cadets, Bribes and stealing were completely absent in their administration. Arnold is able to recall Captain Ponnuswamy too. Bose had thundered that if the toilets are kept well, the country would do well. He used to visit toilets in each and every place that was part of his urinary. In fact the money collected from the public was used for building and maintaining toilets in Burma. Those were the times when Bose had ensured that roads and drains were kept clean.

Arnold feels that every patriot should know the National Anthem by heart and salute the National flag while rendering it. At last, Arnold and his family came to India by the year 1948 and his father took him to St.Josephs in Tirchy without any supporting certificates. One good teacher Pitchai Pilai agreed to take him under him and Arnold joined the first form at the age of 16. Later on Arnold did his fourth for at the Pudukottai School.

He came over to Coimbatore and got patronage from the family of Balaswamy Naidu. Jagadeesan the son of Balaswamy Naidu was being coached in English by his elder brother Devas and therefore they decided to help Arnold by securing him a job at the All India General Insurance Company on Tirchy Road.

On the recommendation of Balaswamy Naidu, P.V.K.Shanmugham the manager had given Arnold a job and he learnt how to go about it under the guidance of the head peon in the company. He became a scrutineer and one day P.V.K.Shanmugham had his position confirmed. As luck would have it. Arnold jumped from a salary of Rs.80 per month to Rs.280 per month because the Central Government had sent custodians and taken over the administration of the insurance companies all of a sudden.

The patriot got married to Lalitha and the couple are blessed with Anita and Ida. Arnold has four grandchildren and was a famous songster for decades. He used to sign a number of western songs and was also part of the church chair. Arnold had performed in Bombay, Singapore, Malaysia and Pune among other places. He could sing in front of 1500 people without a microphone. All the important personages used to love his music and Eric Stanes used to keep Arnold next him at such times. Arnold is an expert on music and was in Base singer for years. He was glad to talk about the music group which consisted of 40 people and also how each group’s rendition would make a harmony.

He went on explain that this was the reason why the word “harmony” was being used. Good renditions avoid cacophonies and create harmony stated Arnold. It was a time when European executives who used to work for Stanes, Burmah Shell, Imperial Tobacco and Pierce Leslie used to learn the parts.

Arnold had done a small part of his education at the Pillayar Temple Trust School in Burma and still remembers his music teacher Govindamma. He recalls an incident when Subhash Chandra Bose continued to stay in a place at the time of allied bombardment while others had run away from the spot due to fear.

Arnold had learnt how to adjust his posture and stand erect in front of the Indian flag due to the influence of Subhash Chandra Bose and his face brightens up with patriotism at the very mention of the great Bose. Arnold has retained his ability to sing and is happy to share small snippets about the honest principles espoused by his mother.

Burmese people had to carry their valuables at the time of war and one day a wealthy lady had dropped her ornament bag inadvertently near his tiny residence for they had lost their palatial house due to the war that was taking place around the world. Arnold was happy to state that his mother’s influence had made him pick up the bag of ornaments and give it to the lady who had missed it. The songster Arnold is one of the rare patriots of who holds the flag and the anthem with the respect that is required.

Coimbatore is truly blessed to have the patriot Arnold Aaron Samuel for a resident who had served with aplomb in the insurance sector for decades.

(as published in CLASSIC KOVAI) 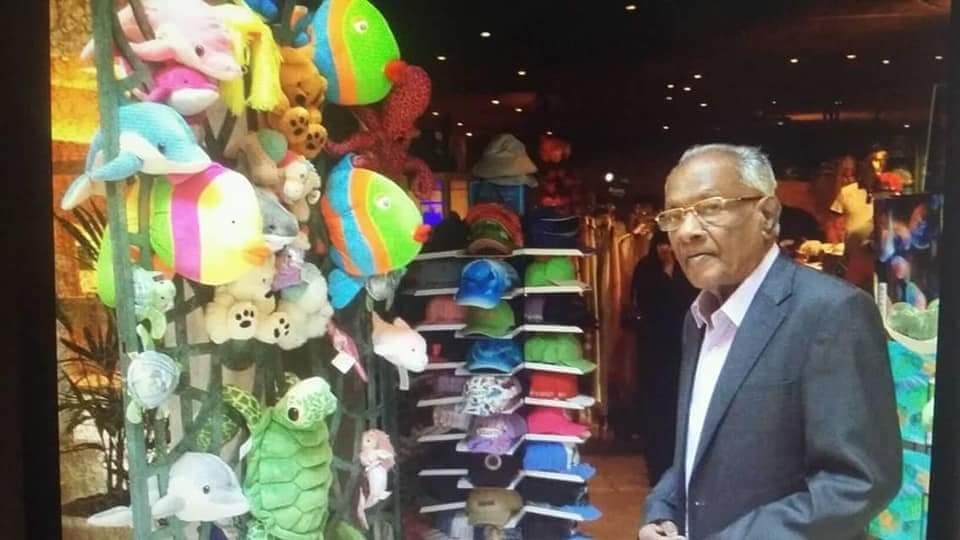 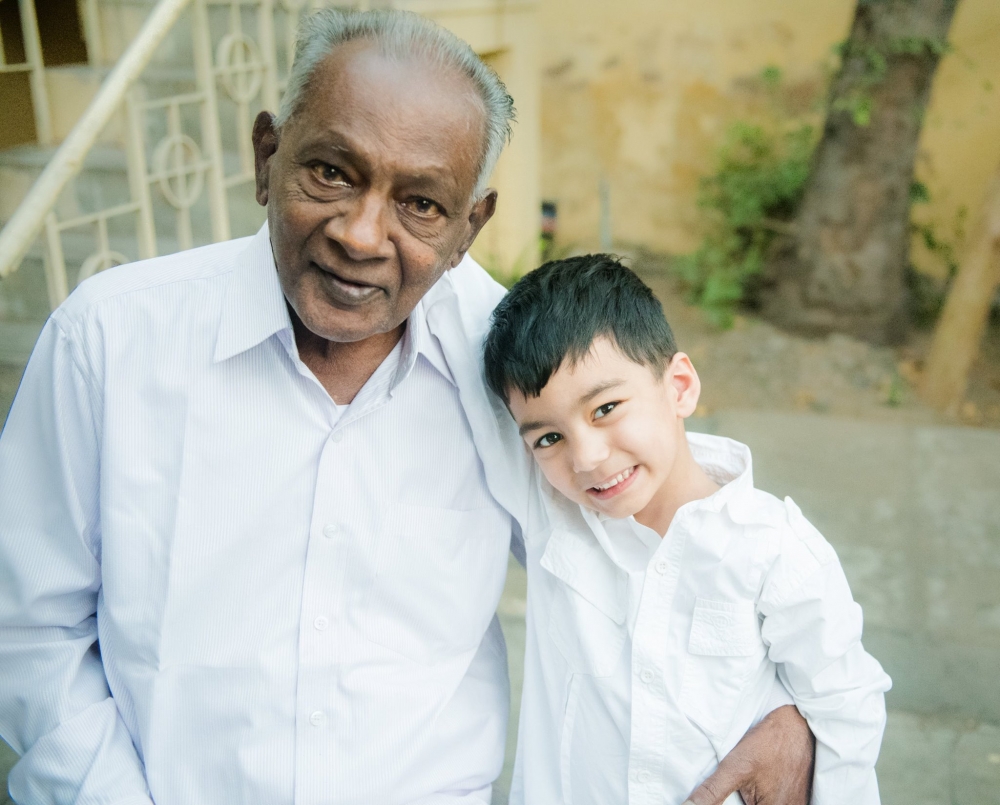 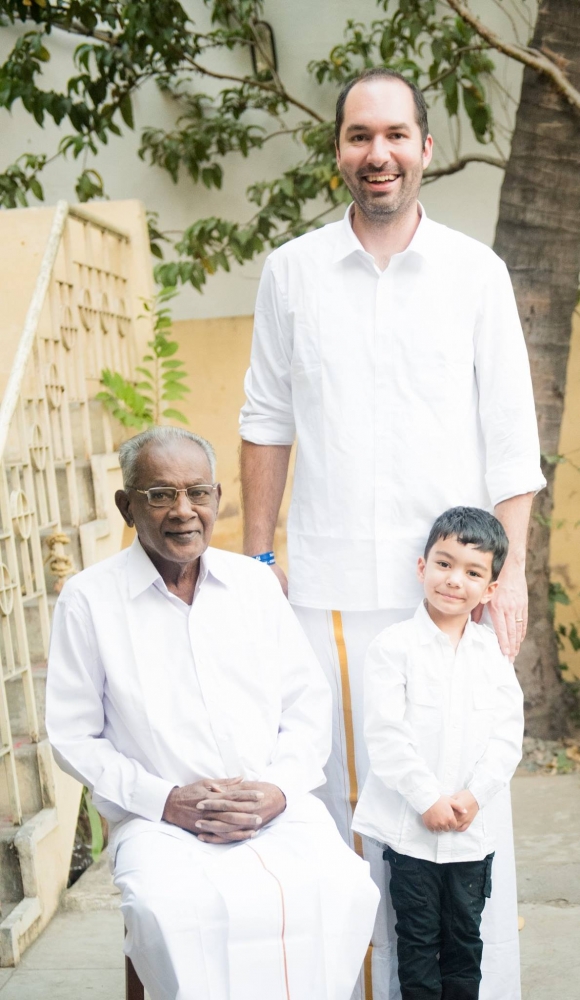 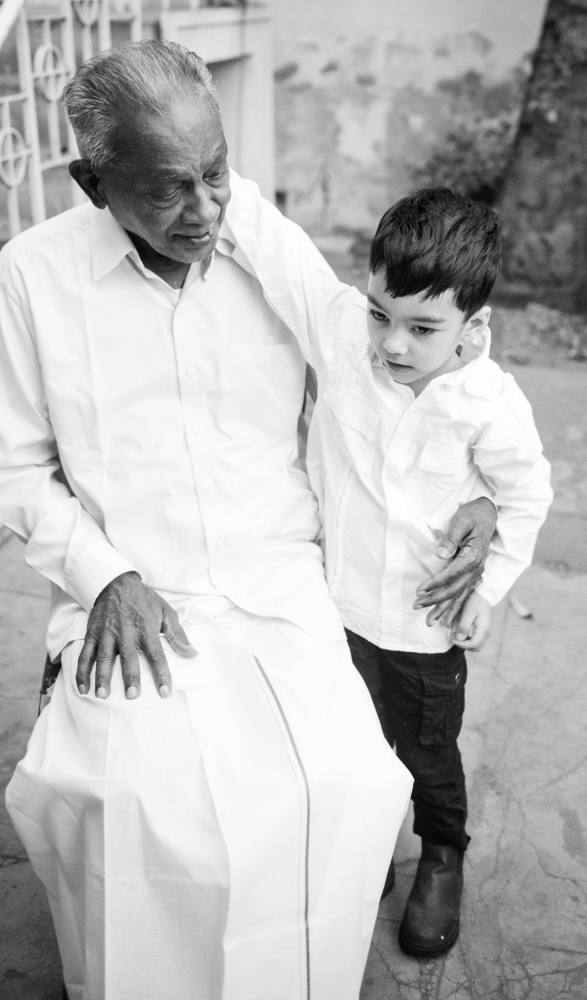 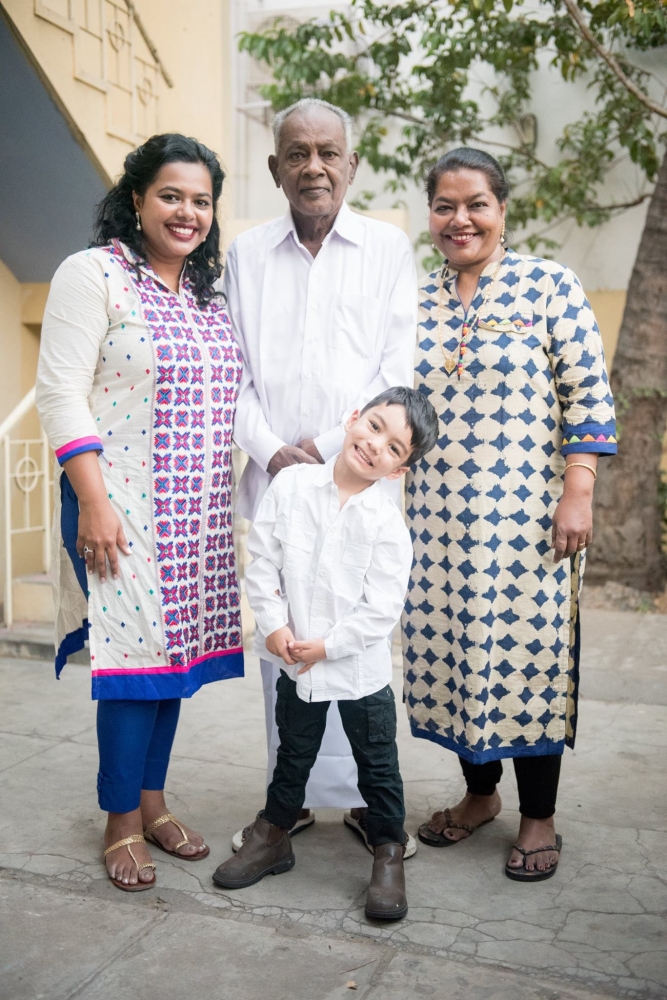 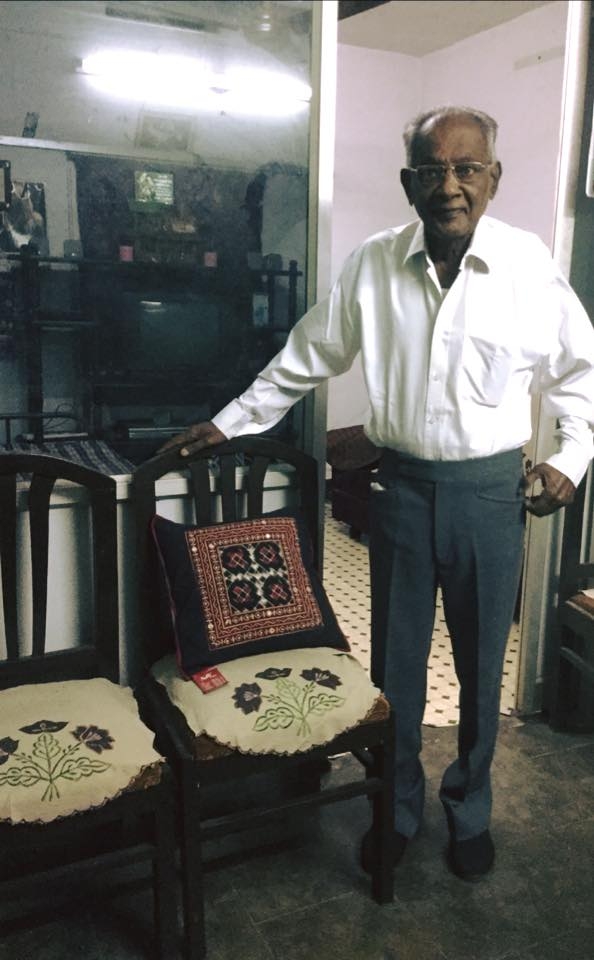 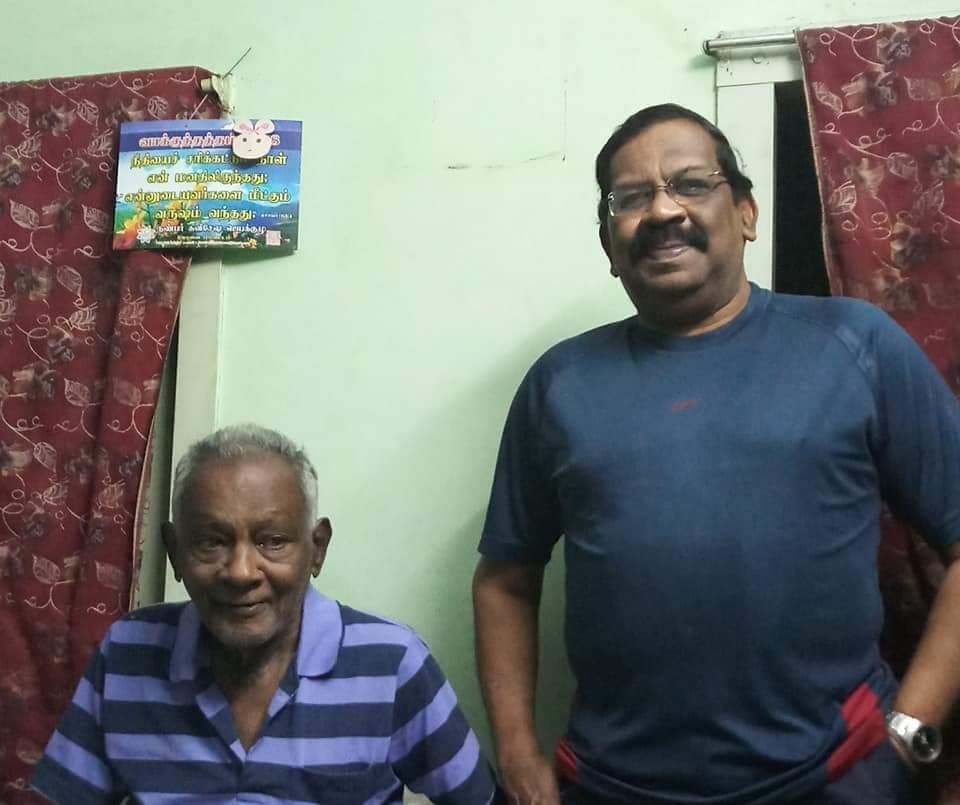 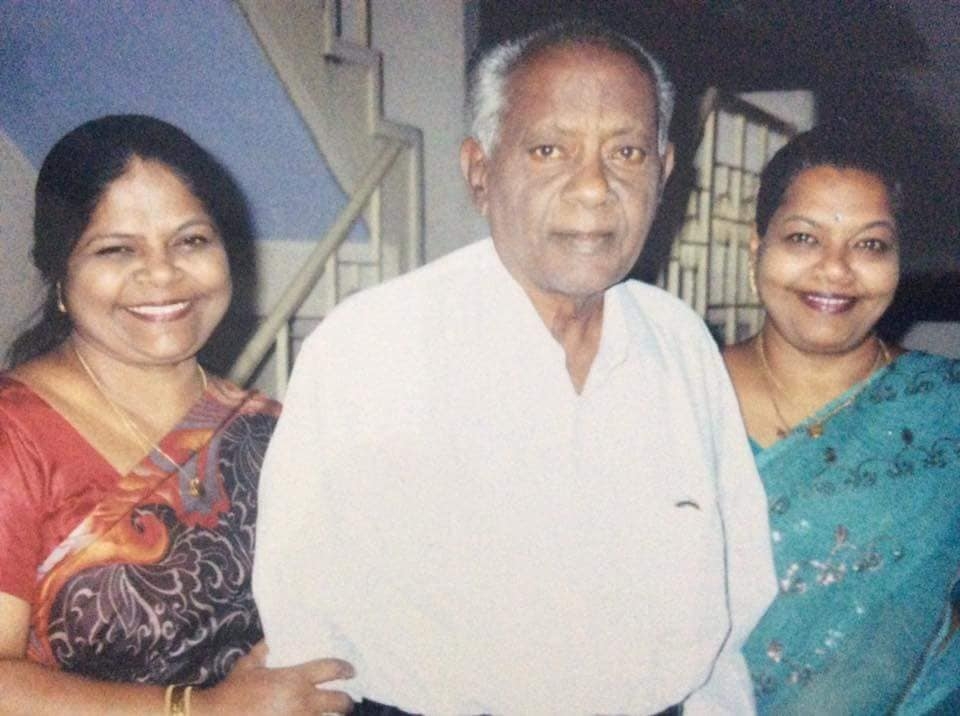 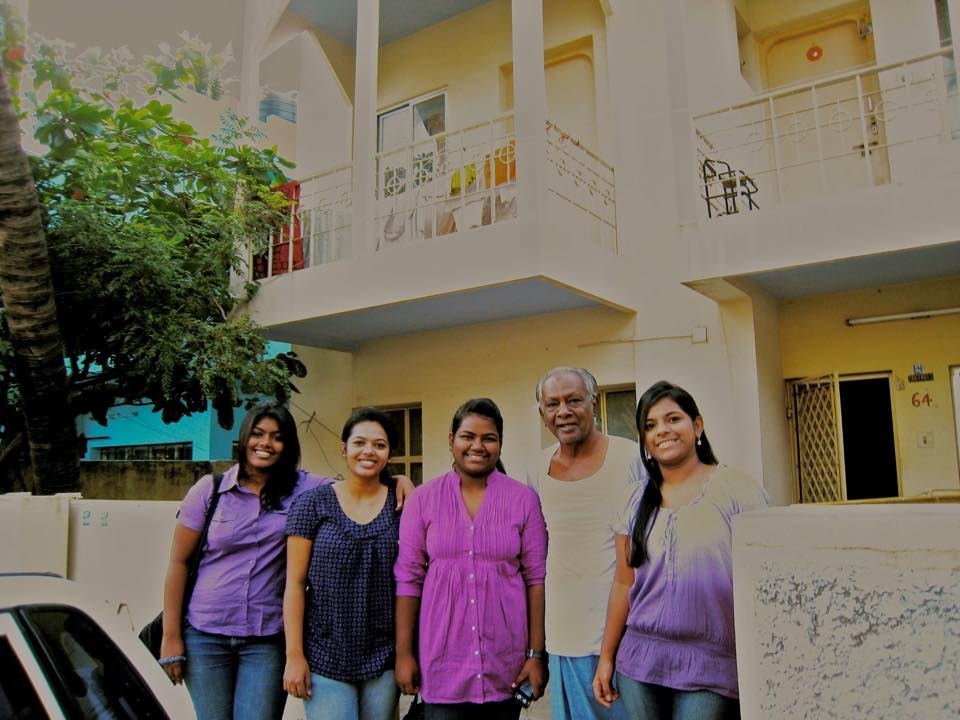 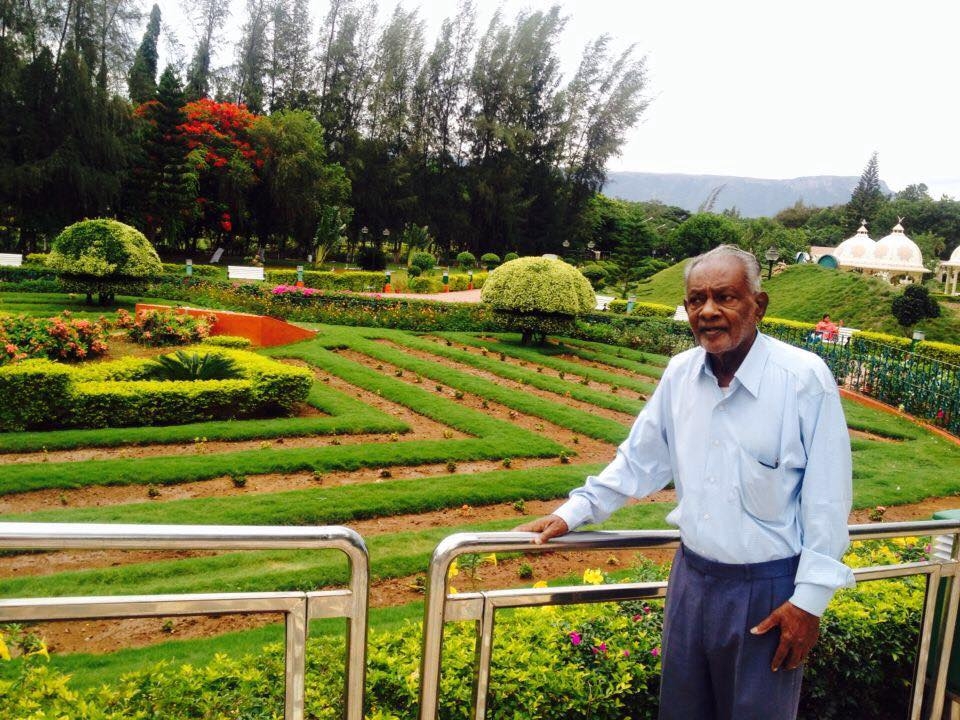 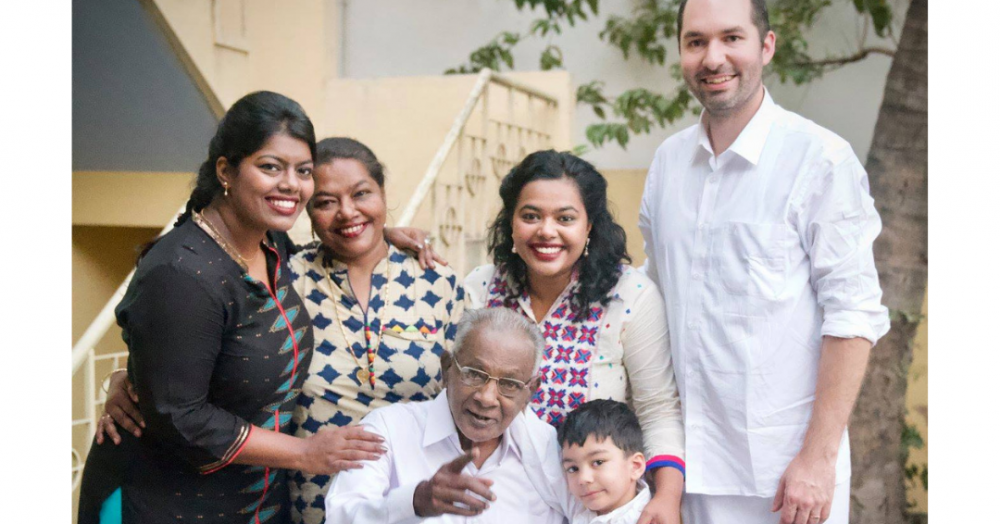 Truly Kovai’s Pride and a treasured legacy to be shared...indeed! Respect.