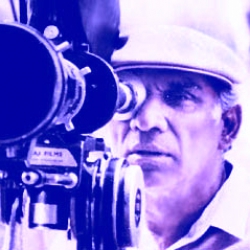 50 years. 50 movies. Out-of-the-box scripts. The first Indian to receive a lifetime membership to the BAFTA. Yash Chopra is one of Hindi cinema's most prolific directors whose popularity and following only grew with each movie.

He started out ably under the guidance of his elder brother, B.R. Chopra, who was also a prominent director of his times and I.S. Johar. His first directorial venture was Dhool Ka Phool in 1959 followed by Dharmaputra in 1961, a social drama. But what propelled him to the forefront was the 1965 super-hit Waqt. It kick-started the popular trend of ensemble cast in Hindi cinema.

In 1969, Yash Chopra launched Yash Raj Films, his own production company that churned blockbuster movies like Daag, Deewar, Kabhie Kabhie and Trishul. After a dip in his career in the 80s, Chopra made a grand comeback with the musical Chandini, which once again brought back the spirit of romance in Hindi cinema. He followed it up with very few directorial ventures like Lamhe, Darr, Dil to Pagal Hai and Veer-Zaara. But his production company released plenty of movies, giving opportunities to young and talented directors and artists.

He breathed his last before the last song sequence of his last directorial venture Jab Tak Hai Jaan in 2012. Yash Chopra is a filmmaker par excellence who connected with his audience. His magical touch to scripts, song sequences and drama will be sorely missed.

SoulPrints bows to the King of Romance and his beautiful style of filmmaking.

This is a SoulPrints tribute to Yash Chopra.