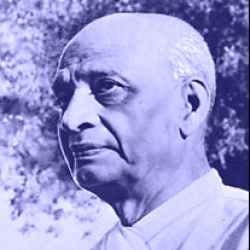 Indian history and her tryst with independence has given us many stalwarts. Freedom  fighters who marched for their rights. Political leaders who chalked out grand  schemes. Revolutionaries who shouted slogans. And then there was Sardar Vallabhbhai  Patel. Call him a political or social leader or one of the founders of  independent India, for many he was the man behind uniting India. The Iron Man  who ruled with a firm fist and warm heart winning the hearts of millions of  Indians.

"It is  the prime responsibility of every citizen to feel that his country is free and  to defend its freedom is his duty. Every Indian should now forget that he is a  Rajput, a Sikh or a Jat. He must remember that he is an Indian and he has every  right in this country but with certain duties." When Sardar Patel uttered these  words, little did he know that almost 70 years later, it would still hold so  much value. In the current state of affairs and political debates, his wise  words ring true and serve as an inspiration to many Indians.

While  addressing the Congress in 1931, he stated, "No one would die of starvation in  independent India. Its grain would not be exported. Cloth would not be imported  by it. Its leaders would neither use a foreign language nor rule from a remote  place 7,000 feet above sea level. Its military expenditure would not be heavy.  Its army would not subjugate its own people or other lands. Its best-paid  officials would not earn a great deal more than its lowest-paid servants. And  finding justice in it would be neither costly nor difficult."

We  salute this Hero of Indian Independence and his contribution to integrating the  modern India. As he once said, "There is something unique in this soil, which  despite many obstacles has always remained the abode of great souls." And he  was undoubtedly one of them.

This is a SoulPrints tribute to Sardar Vallabhbhai Patel.