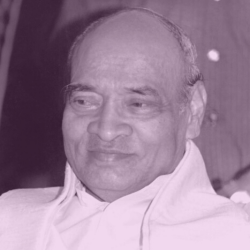 Pamulaparthi Venkata Narasimha Rao, was born in telugu speaking Brahmin family in a little Laknepali village and moved the city to do his education in Osmania University and thereafter his Masters in law in Bombay. Right from his academic years, he was part of Vande Matram movement in late 1930s, probably as a start an incredible journey in to the world of politics. It was a remarkable progress from then on Rao was an active freedom fighter during the Indian Independence movement and later joined full-time politics after independence as a member of the Indian National Congress.

The distinguished career in politics blossomed as he became the Chief Minister of Andhra Pradesh in 1971. During his tenure he made his mark by implementing land reforms and land ceiling acts strictly, secured reservation for lower castes in the field of politics and even took on the President’s rule imposed to counter the Jai Andhra movement during his tenure. P V Narasimha Rao played an important role in the party, supported Indira Gandhi in the splitting & regrouping of Indian National Congress and went on to serve as the Member of the Parliament in 1972. Attained national prominence for handling several diverse portfolios, most significantly Home, Defence and Foreign Affairs, as one of the most respected statesman.

With his continuos contribution and remarkable roles that he played, this lawyer turned politician, became the Prime Minister of India in 1991 and served for 5 years. This tenure was most remarkable as he rose to office as the first from Southern India. Overseeing economic transformation, national security, industry reforms, dismantling of the license raj and reversing of socialist policies, all make up for his illustrious career at the helm and rightly so he is often referred to as the Father of Indian Economic Reforms.

Had a flair for languages and had an excellent command of Marathi and spoke 8 Indian languages other than his mother tongue Telugu. Additionally he spoke 6 foreign languages, in all 17 languages. He also showcased his remarkable abilities in literary work which includes his autobiography, The Insider, which depicts his life as a politician.

P V Narasimha Rao, as a towering figure in Indian Politics, was recognised for his incredible roles played. They include Pratibha Murthy Lifetime Achievement.

This is a SoulPrints tribute to Southern Star of Indian Politics, Pamulaparthi Venkata Narasimha Rao