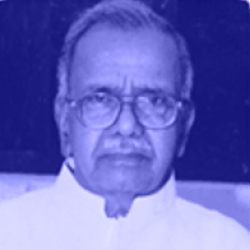 It is hard to find anyone who had enjoyed watching Doordarshan and not know Nannan, the charming master who taught Tamil language in a lucid manner on TV. He was a household name in the 1980s and 1990s.

Born in South Arcot district, he studied Tamil in Annamalai University. After graduating in Tamil, Nannan taught the language as a Tamil lecturer at the Presidency College, Madras. Post his fame as a TV personality in 1980s, he also served as the Director of Tamil Development and Vice-Chairman of Adult Education Board. He was a Tamil scholar, a periyarist and an ardent supporter of Dravida Munnetra Kazhagam, Nannan actively involved himself in the Tamil and social reform programmes and also set up a trust and honoured scholars and researchers every year. Belonging to the old school of Tamil teachers who placed self-respect above all other things, Nannan has written over 75 books and he would cite examples from ancient Tamil literature effortlessly to prove his point.

Known for his integrity and never compromising on his principles he headed the social reforms committee. He always appreciated the thrust on equality and eradication of caste, as these were very close to his heart. As a freedom fighter, who had participated in the Quit India Movement, Nannan always kindled an interest among people to learn Tamil language through his famous 'Tamil Karpom' programme on Doordarshan. Nannan had won many awards for his work and contribution which includes Tamil Nadu government's Periyar, Thiru Vika and Anna awards.

This is a SoulPrints tribute to a educationist, bureaucrat, socio-political activist and Tamil enthusiast M Nannan.