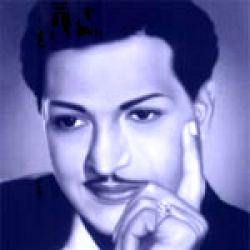 Nandamuri Taraka Rama Rao was not just an actor, he transformed into a messiah for his people. Popularly called NTR, he was a Telugu film actor, director, writer, producer and finally a politician who served as the Chief Minister of Andhra Pradesh for three terms.

He debuted as an actor in the Telugu film Mana Desam in 1949. In the 1950s he won hearts with his fantastic portrayals of Hindu deities. His roles as Lord Rama and Lord Krishna won him accolades in the South Indian film industry. Later on he gained popularity playing Robin Hood kind of roles. He acted in a total of 274 Telugu films, 15 Tamil films and 3 Hindi films.

Four of his films have been listed by CNN-IBN as the hundred greatest Indian films of all time. They were Patala Bhairavi, Malliswari, Mayabazar and Nartansala. These classics were also screened in popular international festivals in the 1950s and were well-received.

He was honoured with numerous awards and recognitions like the National Film Awards and Rashtrapati Awards.

After his popular tryst with cinema, NTR entered politics. He was the founder of the Telugu Desam Party (TDP) in 1982 and served three terms as the CM of AP between 1983 and 1995. He promoted Andhra Pradesh's unique cultural ethos and identity. He also pioneered the formation of the National Front on a national level, which was a coalition of non-Congress parties.

Despite a tumultuous political career, NTR is still fondly recalled by the masses for his superstar personality in reel and real life.

This is a SoulPrints.in tribute to the legend Nandamuri Taraka Rama Rao