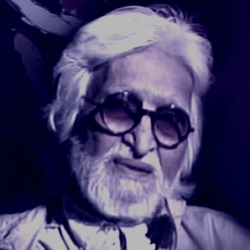 In 2011, his famous 'Sprinkling Horses' painting was auctioned for $1.14 million at Christie's New York. It ranks among the highest paid painting for an Indian artist to date. MF Hussain, was and always continue to be the most internationally acclaimed and free spirited painter India hasever seen. Born as Maqbool Fida Hussain in 1915 in Pandharpur, Maharashtra, MF Hussain showed streaks of his creative brilliance at a very young age. He studied at J.J. School of Art in Mumbai and was instrumental in founding The Progressive Artist's Group of Bombay

Hussain's life was a creative one but not a bed of roses. His free spirited style of conjuring up images ran him into trouble with religious outfits. He lived in self-exile in Doha and finally breathed his last in London. Despite a life riddled with controversy, he is fondly remembered for his breath-taking brush strokes and heightened imagination. He has won numerous awards and recognitions for his contribution to the world of modern art.

Some of his notable works include the "Battle of Ganga and Jamuna", "Cing Sens", "The Sixth Seal" and "Orchestration Red". All of themhave created records in prestigious international auction houses.

Hussain was not just a painter, but a photographer and filmmaker too. His first film "Through the Eyes of a Painter" which was released in 1967 was shown at the Berlin International Film Festival and won a Golden Bear in the short film category. SoulPrints tips its hat to the 'Picasso of India'.

This is a SoulPrints.in tribute to Maqbool Fida Hussain