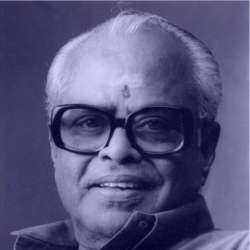 If it was not for ace director K Balachander's keen eye, the Tamil film industry wouldn't have witnessed superstars like Rajnikanth and Kamal Haasan. Considered guru to actors in Kollywood, K Balachander has been the man behind the scenes of many a blockbuster movie. His life as a creator of films was truly an unforgettable era especially in Tamil Cinema world. His directorial style has always been unique and masterful. Every story and screenplay that he dealt with had his own magic making them a case study for every student of cinema.

Born in 1930 in Thanjavur, Tamil Nadu, Kailasam Balachander showed immense interest in cinema and theatre as a young boy. Even as a student of Zoology, he was staging university plays. He gradually got introduced in the industry thanks to a successful play and then evolved into a great director, producer, writer, actor, playwright, stage conductor and comedian.

His mainstay was his out-of-the-box themes, social and hard-hitting messages and bold women centric movies. In his career that spanned across 50 years he contributed to over 100 films in the capacity of a director or screenwriter. He was called the "Iyakunar Sigaram" (peak among directors).

He was the recipient of the Padma shri and Dada Saheb Phalke awards for excellence in filmmaking.

This is a SoulPrints.in tribute to creative brilliance of the guru of Tamil cinema, Kailasam Balachander.