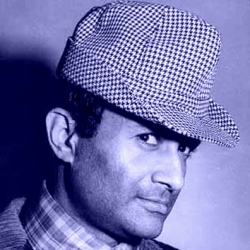 Dev Anand was one of the most successful and well-appreciated actor, director and producer of the Hindi film industry. His unique style of nodding his head and rapid-fire dialogue delivery won him admirers among cinema goers the world over. He received numerous awards and recognitions but will always be fondly remembered for his youthful personality even when he was in his 80s. Soulprints has put together eight interesting and less known facts about the charismatic Dev Anand.

1) He was born as Devdutta Pishorimal Anand and was nicknamed Chiru.

2) Suring his days of struggle, he worked as a clerk in an accountancy firm in Mumbai for a mere Rs 85

3) He has acted in more than 100 films with Hare Rama Hare Krishna, Guide and Johnny Mera Naam being fan favourites

5) Dev Anand is called the Gregory Peck of Indian cinema. And he actually bumped into the Hollywood star on the sets of Roman Holiday

6) His best onscreen pairing was with the gorgeous Suraiya, who he also loved. He proposed to her with a Rs 3000 worth diamond ring on sets of the film Jeet. However due to religious differences and family opposition, she turned him down.

8) The iconic checkered cap which he sported in the film Jewel Thief was purchased by him from a shop in Copenhagen, Denmark

This is a SoulPrints.in tribute to Dev Anand