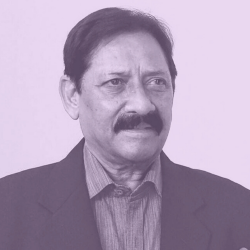 When we think of Indian cricket’s popular opening batsmen, one name that is bound to feature in the top of any list will always be Chetan Pratap Singh Chauhan. Gutsy and trusted are the two key features that characterises this cricketer. Having opened with someone as illustrious as Sunil Gavaskar, he was part of many memorable cricketing tales that will be spoken about and cherished for generations to come.

With his gentle demeanour and a style that depicted solid defence and patience, he had always been a trusted opening batsman, instrumental in building strong foundations. Along with Sunil Gavaskar, he formed one of the most durable opening pair in the history of Indian cricket.

He played for Maharastra and Delhi. He played 40 Test matches for India, most of them in the late 70’s. He had been unlucky to not have a century under his name, missing out when in 90’s. But played some memorable innings for India, with seven 80+ scores, particularly those testing ones facing the great Dennis Lillie. His highest score of 97 is a gutsy innings against the fiery spell by Dennis Lillie, that every cricket fan will always remember. And so did he as his favourite moment in his interviews.

Chetan Chauhan went on to exhibit his administrative skills off the field, post his retirement. He was appointed as Chairman of NIFT (National Institute of Fashion Technology) from June 2016 to June 2017. He was elected twice into Lok Sabha and he served as the Minister for Youth and Sports in the state of Uttar Pradesh, India.

This is a SoulPrints tribute to Chetan Pratap Singh Chauhan.